The second week in September saw the National Members Council gather in Manchester for our autumn meeting.

The day before the meeting, I, along with other members of the Council attended a social media training session. We concentrated on how we could use Social Media to interact with you, our members. I was delighted that this blog was mentioned!  We talked about blogs, Facebook and Twitter, and how our individual posts could be pulled together in one central area on the Co-operative Group Membership site. As a start we agreed to tag our posts with #coopmembers as a means of keeping track of our efforts.  Click #coopmembers to view other posts from around the UK.

The first session of the Council was an update on the half years results of the Group. My previous blog carried the headlines.  The big positive that I took from the presentation was that each of our major businesses increased their profitability, with both the Food business and the Funeral business doing well in the first half. These two are the big beasts for the Group, so it is important that these businesses do well.

The General Insurance (GI) business is in the process of rebuilding, with its mission to be the first port of call of members’ insurance needs.  If we can offer great products at great prices, then I think this will be a massive win for both the GI and us, the members. 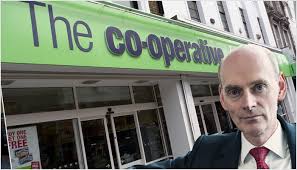 associated with the Co-operative Bank challenges, the recent strengthening of our financial position has resulted in our rating being increased by one notch to “BB”- outlook stable. This has an impact on the cost of borrowing and so it’s another good news story.

Richard let us know that in the second half of the year, the Co-op will continue to invest in our businesses.  I came away from the session feeling positive that we were moving in the right direction. I know from my own personal experience from shopping in our stores, that many of them now are fantastic places. Our goal is to ensure all of our stores are as good as the ones I shop at. 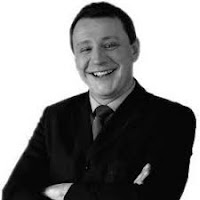 The Council was chaired by our new President Mr Nick Crofts. Nick hails from the North West. You can watch his video blog here. Other blogs are available as the saying goes.  Mary McGuigans blog is here.

After the first session which was held in the basement it was refreshing to go up to the ground floor and sit in a sunlit room to hear of the great progress the Co-operative Young Members Board have been undertaking in the last two years.  I was particularly impressed with the two Board members who presented in such a positive and professional manner.  The Board have been interacting with our Businesses, helping them to produce and promote products to young people. You can read their Manifesto here.

Before the lunch break we had an opportunity to question Chris Kelly and Hazel Blears, both on the Main Board. This was an opportunity to ask anything, and the questions ranged across a wide spectrum.  I found the session useful , to gauge how the new Board is working and for some of the explanations around Board decisions, but it did not satisfy me as a mechanism for holding the Board to account for its actions.

After lunch we contemplated the Council three years plan. This plan is designed to ensure that over a three year cycle, the Council covers everything we are expected to do. These sessions are vital to ensure that we fulfil our constitutional functions, even if the process is a tad dry!
tad
The remainder of the afternoon comprised tackling a number of important reports.  It was great to hear how the Co-op will be communicating to members and colleagues in the future. As a bridging solution we discussed more involvement with the #coopmembers, and having more input on the “Lets talk page” and the Membership website.

One of the requirements within the rule book is for the Group to hold a half yearly meeting. The Board proposed and the Council agreed not to hold one central meeting, but to have a rolling series of meetings across the nations that local members would have more access to. A win win for Co-operation.

We received a report on the voting at the Annual General Meeting.  For the first time we operated
under the one member one vote principle. The disappointing figure was that we had a 3.7% turnout from a total of 2.8 m potential voters. Moving forward it is important that we increase that percentage to nearer to the turnout figure we had in previous elections. Ideally I would like to see a minimum turnout of 10%.

Turnout was highest amongst older members at 4.8% for the over 60’s falling to 1-2 % of the 16 – 49 year olds. The positive was that 28% voted online. It costs nearly £1m to send out postal packs, and I would rather use that money supporting local communities and local co-operative meetings.
The Council and the Board have agreed that a joint committee should be set up to oversee the elections of the Member Nominated Director.  These are members nominated by the membership, who also have the commercial skills to run the Co-op.  We shall be establishing training schemes for those members who at present would not be eligible but with training and support may be.

Finally the Council considered a report on the pilots on local members groups, known as Co-operative Local Forums (CLF). Pilots will be run from August to January 2016, and we will test out how these locally organised groups work on the ground. CLFs will involve local members and our stores in their areas in a programme of activity that members themselves have proposed.

CLFs are really vital to the grass roots of the Co-operative. Without strong roots members voices will be lost.  I have an ambition that once the pilots have been appraised, we have hundreds or even thousands of active local co-operative groups, supporting the Co-operative philosophy of self help, self responsibility and concern for the community.

Over all it was an interesting and enjoyable Saturday. The Council next meets in December, in my next blog I will ponder on how the Council proposes to hold the Board to account.