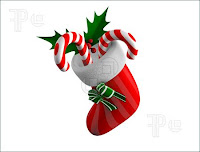 Many apologies for the late posting of the report from the Decembers National Members Council.  I could make up some excuse about being really busy, but the truth was Christmas.  The run up was spent buying presents, food and drink and most importantly over-wearing the Christmas Jumper. After the New Year came, I had to eat and drink all the leftovers from Christmas in a variety of soup/bubble and squeak or stir fry ensembles!  Now, it’s back to business.
So, the December’s meeting was held in early December in Manchester, where Richard Pennycook our CEO updated the Council on the Strategic outlook for the Group. It’s clear from market research data, that we have a long way to go to rebuild the co-op.  A lot of work needs to be done in areas of value for money and in-store shopping experience, but there are grounds for optimism.  A lot of the plans are still confidential but one area where we shall make progress this year is membership.
Plans for making membership meaningful again are well advanced and should be launched later on in this year.  I was excited to see how we can reconnect with our members again.  Hopefully I should shortly be able to let you know the full details.

In the meantime, Richard let us know that he would like to rebrand the Co-operative back to our traditional Co-op. He showed us three logos that had been registered. These were shared with the Council and we asked him to work with the Independent Co-operative Societies in the next few months to ensure that we were taking the Movement with us. I would be grateful for your views on these three logos.  My preference is the wheatsheaf, which has historic roots going back to the early days of the fledging Co-operative Movement.  However, I do hope that this is not the final shortlist.
Richard also wanted to refresh the emotional connection our colleagues have with the Co-op. He outlined plans of a new re-induction process for all of our colleagues, so that they can again be aware of how and why the co-op exists. This re-induction will include all colleagues and hopefully interested Co-operative members.

How does the Council hold the Board to account for their stewardship of the Society?  Recently we have had the traditional “Ask the Directors” questions sessions. Although these are useful, I do not believe that it replaces the need for a proper mechanism.  In the light of this, the Council Commissioned Co-ops UK to produce a framework for us to use to fulfil this role. In their initial research, Co-ops UK highlighted many Mutual and Co-ops around the world that are subject to strong scrutiny by their members.  One such approach, is for the Council to agree a strong set of commercial and Co-operative indicators by which we can monitor the Board.  Vancity Credit Union from Canada was held up as an outstanding Co-op that has adopted this approach.  Mountain Equipment also from Canada, have a strong set of indicators that are monitored within the annual accounts.Co-ops UK will be feeding back to the Council in 2016, and we should be in a position to agree a set of indicators that will enable the Council to hold the Board to account for our Co-op.

In my day to day shopping and conversation with members, I often find things that I want to change.  One of the challenges that Council members face, is how we can feed in our own and other members experiences into the highest levels of the Society.
The Council and the Board have agreed that there should be a joint policy group that agrees new policies and revisits our old polices. This development is to be welcomed as it is the first time that I can remember when the wider membership has had an opportunity to input into the Societies policies.

The Co-op has been piloting new arrangements for individual members to become involved with the Society and our communities in which we trade ( click here for more info). Across the UK, there have been fifty membership pilots running that include members and store colleagues. The Council received an interim report on some of the great things these groups had already achieved in their communities and also some of the problems that have been experienced.  The pilots will be evaluated in May and then we shall assess whether they provide a useful mechanism for engaging with our members.  I’ll keep you updated later on in the year.

As I speak, a number of Co-ops announced their Christmas trading results. Our Society has not yet published full figures, but has indicated that the Christmas period continued the strong trading that we have been experiencing during 2015.  For those of you who are interested in these like for like figures, the Co-operative News article can be accessed by clicking here. 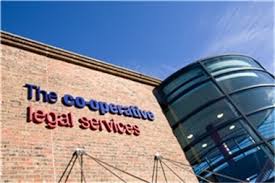 CLS was launched to much fanfare about ten years ago, and despite being the first company to be granted an Alternative Business Structure license it has not lived up to the initial hype. In recent years CLS has been refocusing on services that link up to our Insurance and Funeral business.  This is bearing fruit and it was good to read that CLS have now acquired Collective Legal Solutions, a company that specialise in wills, trusts and inheritance planning services.  I really hope that this is kick-starts CLS to become of the great Co-operative business for the future.

The next meeting of the Council is 22nd January, so I’ll blog on that meeting early in February.