Christmas break over, Christmas jumper away and decorations back in the cellar, and ready to turn my attention to blogging the January National Members Council held in a wet and windy Manchester.

Before I made the trek to Manchester, I represented the group at Exeter University, who had asked the Coop to pitch to their One World MBA students.  Every year MBA students have to work with a company and produce a report for their client as part of their course.  I, along with my Co-operative Engagement Advisor colleague, asked the students to consider our local co-operative forums.  Whilst we are trialling these around the nations of the UK, it has become clear from initial feedback from the trials that a really enthusiastic and committed co-ordinator is vital to success.  We asked MBA students to dig deeper into this and research and make recommendations on how we can support our members to make the forums a success.

As part of the talk to the students I had a look for some co-operatives that the students may not have heard of before, Ocean Spray, Barcelona FC and the Piggly Wiggly Distribution Company, came to my mind.   I always love discovering how diverse the international co-operative movement is!
So on to the business of the Council.

It was good that Alan Leighton the Chair of the Board came to the meeting.  Alan gave us his impressions of his first year in the Chair, and updated the Council

in general terms how well all our businesses had traded over the Christmas period. He highlighted Food, Funerals and our Electrical online as businesses that had performed well, and paid tribute to our colleagues in our Insurance Business who had supported our customers effected by the flooding up North. Alan also spoke around the brilliant work that the Co-op is doing around young people, in particular our support for our youth projects “truth about youth”, one of the largest network of Academy schools in the UK , a Youth Board and links to the Woodcraft Folk. He talked about the need for a more joined up and coherent approach to all our membership initiatives.

We also had a chance to ask the Board members present questions.  I find this “question time” approach interesting but not useful in holding the Directors to account. The Council questioned the Board on the potential rebrand, (see my previous blog) and asked them to ensure our Independent Co-operative Societies and the Council were fully consulted with before any decisions were made. 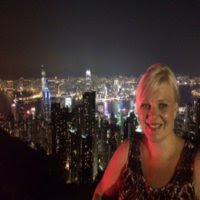 We received a Food strategy update from Jane McCall the Director of Transformation and Change with Co-op Food.  Our Truth North strategy, to make our Food Business world class is starting to see success, but the retail market is highly competitive and the strategy needed to change in light of this.  There were no radical changes to the strategy, mainly around the focus.  Food will be looking at ensuring the right range is in each store, availability is high all day long, our colleagues provide exceptional service and to continue to lower prices to benefit our members.  Food will also play a major part in the role out of the new membership proposition that will be announced and rolled out at the latter part of the year.


I attended a number of workshops during the day.  Brief highlights included:
Diet and health. By 2050 it is estimated that over 50% of the population will be obese.  Janet Taylor our Diet and Health Manager outlined the work the Co-op was doing to reduce salt and sugar in our own brands and to raise the information on labelling and sample sizes on our own label food.

Kate Jones the Head of Product Development spoke about the Co-ops strategy for improving the number of local goods sold in our stores. A recent pilot in Yorkshire stocked local goods in local stores and regional goods in all stores in the County. Big selling lines were Beer, bakery products, potatoes, eggs and sausages.  She also outlined the support small producers received from the co-op in terms of the payment times and business support. She also pointed out some of the downsides such as high wastage of fresh products. No one wants to see food just go to waste so it is important that we ensure we only stock those goods that our members want to buy.  Overall the pilot was deemed a success and a roll-out to more counties will commence shortly.  If you know or a local supplier who would like to get involved, please direct them to www.co-operative.co.uk/local

One of the quirkier workshops was “our Co-op tone of voice” This explored the tone by which we communicate with members.  Often in our marketing we have a friendlier approach, but in our letters to our members we adopt a very formal approach. The workshop explored if we could adopt a more “friendly” tone, which could be used throughout the Co-op.  Nothing was agreed but the majority of member’s present felt that a more “friendly” comprehensive tone would be welcomed.

What struck me was how much excellent work is going on in the co-op, much of it reported on our website if you can find it.  I think for my next blog; I shall endeavour to highlight the great reports that the Group has produced.

The Council received an update on our Brand, and we again expressed concern about the lack of consultation with the Council and the other Co-op Societies.  Nick Croft the Council President agreed to set up a working group to ensure Councils views are taken into account.

The final portion of the afternoon was taken up with two important issues. One approving the regulations to create a fourth Member Nominated Director This was a formality as it increases the number of member nominated directors on the Co-op Board.

The other was to approve a motion on political funding to be voted on by members at the AGM in May.   The motion will ask members if they wish to have a political fund, of £750,000.  £600,000 will go towards the Co-op Party and £150,000 can be granted to any party that wish to support the Co-operative Movement.

The Co-operative Party has been in existence since 1917 and works to support and promote the Movement via and electoral agreement with the Labour Party. Click here for the Co-op Party website to find out more.  My view is that it is right for members to have this vote at the AGM and the motion was supported by the Council.  Now it will be up to you to decide if you want a political fund.

I look forward to updating you on our next meeting in April, which will focus on the annual results and other financial matters. Until then..... Happy pancake day!