- January 16, 2017
Happy and a prosperous Co-op New Year to you all!
Late November, a chill in the air, Members of the Co-op National Council meet up for our quarterly meeting, in our traditional home, the bowels of 1 Angel Square.

We had an unusual start. Many of the new members who were elected in May 2016, indicated that they were not sure who else were elected members in their locality.  So, to start the meeting, we undertook a challenge in our Regional groups, to build the largest tower from newspaper. I know from my own experience of joining existing groups (especially one of 100 members) that it is hard to remember all the names and faces, so this challenge was a good way of saying hello to fellow members.  Alas the South West tower slumped at the final moment. A metaphor for the strength of our common bonds, or our inability to source another roll of tape?

The main business of the morning was a presentation from the CEO of Co-op Insurance.  Mark Summerfield took us through the recent history of the CIS. From the Groups attempt to sell the business in 2012, when the Co-op had its “annis horibilis” to the present.  In 2014 the Co-op decided to change tack and to recognise that Co-op Insurance had a future.  The vision for Co-op Insurance is to be the automatic choice of insurer for Co-op members.  This means investing heavily in new technology, to reduce our cost base, and thus have more competitive products. In addition, Co-op Insurance will be offering Co-op members special prices, even if you ask for a quote from the big aggregator sites.  As long as the Co-op can match the information to our membership records, a members price will be offered to you.  It sounds simple. Get the basics right, such as your cost base, and stop writing unprofitable business and you will make a surplus.  The trouble is that over the years the Co-op has not invested in Co-op Insurance and now we have a huge mountain to climb to become a leading player in the market.
The Council challenged. The old chestnut of introductory prices over renewal pricing was raised. Mark agreed that it was wrong, but it was an industry problem.  Co-op Insurance isn’t big enough in the market to disrupt this way of working. He indicated that the Co-op should exert pressure in the industry to start to tackle this issue, as he felt that no one accepted that this model was the right one. However, we have a market share of under 3% and so we do not have the power to change the way the industry works on our own.  If we did, then we would either have to raise our introductory price, which would price ourselves out of the market, or reduce our renewal prices, which would make us unprofitable.  The answer was to invest in technology to reduce our cost base, so we can offer lower prices and at the same time work with the industry to change.  In response to new developments, he talked about young driver’s apps that monitored driving and rewarded good behaviours. This could be rolled out to all customers, and in the future, he could see a product of insurance per mile rather than an annual product.
Mark also updated the Council on the partnership with Neighbourhood Watch, where Co-op Insurance is the main sponsor to this great community initiative. 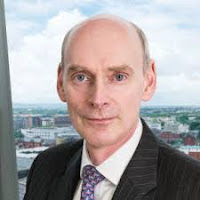 Richard Pennycook our CEO explained how the Co-op was emerging from the rebuild phase, which ends at the end of 2017, and entering the renew phase. Richard went on to say that the initial thinking around renew, would start in the first quarter of 2017.  As small group of colleagues would start to sketch osled ut at a high level how our Co-op could grow in the future.  The Council viewed this as an opportunity to add the membership voice into the process, and Richard agreed that this would be a joint process, with Council having an important say in how we move forward. The Council agreed to starta piece of work, on how we can input our ideas into the process.  If you have any ideas on how you would like the Co-op to develop over the next five years, please drop me a line.

We had an interesting session with Rufus Olins, the new Chief Membership Officer, thinking about some of the ethical dilemmas faced by our business.  Try this hypothetical issue:

A major fizzy drinks firm wished to partner itself with the Co-op to promote their high sugar fizzy drink, in exchange for donations to our community funds.  We were asked the following questions

On the face of it, I would be opposed to such a hypothetical arrangement, given that sugar contributes to the growing obesity crisis.  However, it was pointed out that every Christmas our stores are heavily promoting sweets, drinks etc., and few people object. Indeed someone raised the  issue of the Co-op Values of self responsibility.  Is it our role to police what people can and cannot buy? If some funds are being put into the community from a product that people would already buy, is that a good thing.?  What are your thoughts?
At the end of the session I did not changed my mind, but I was surprised about how easily you could argue from Co-op values and principles in support of the proposition.  It was a useful simple exercise that brought home to me the difficult choices that have to be made as a retailer trying to do the right thing.
We had our evening meal in the National People's Museum. we enjoyed the hospitality of the Museum and heard from Janneke Geene, the Acting Museum Director, about the strong connections between the Museum’s objectives and the Co-op. She also explained that th 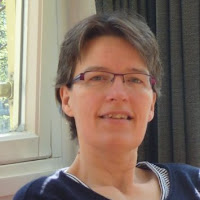 e PHM no longer received Government funding and that, in response, they had launched their “Radical Heroes” campaign, where sponsorship is sought for inspiring people from the past who have championed the cause of democracy and believed in ideas worth fighting for.

On the night, it was suggested that Members of the ’ Council crowd-fund the sponsorship of Robert Owen, one of the founders of the Co-op Movement. To sponsor Robert Owen, we need to raise £1,000 for 2017 and a total of £3,000 for the full three-year period. So we have raised over £600. If you would like to support the Museum for their website by clicking here.
Sunday started with a talk from Tony Webster. Professor of History, on the theme the Co-operative Wholesale Society. Tony is passionate on this subject and has written many books on this subject of the CWS. I found it fascinating how the CWS from the very beginning was one of the first Multi-National corporations, with offices as far apart as New York and Copenhagen.  Tony described how the Co-op was a world leader in new management techniques and was an early adopter of the idea of vertical integration in its supply chain.
The main business for the Council was to agree a way forward on our how we will structure our Co-op member local groups.  We agreed that our local groups, led by a Member Pioneer, would where possible mirror the 1500 local communities that have been identified to distribute our 1% community fund. There would be a budget for each group so that they could engage with members. In addition, the Co-op would produce a toolkit for the Member Pioneer to enable them to engagement with the other members in the community. Member Pioneers and local council members would come together in Regional forums to exchange news and good practice.
I was supportive of this, as it brings together active members and our businesses, so that we can support each other in the community. This is a good example of the Council and the Businesses working closely together to ensure that members voices can be heard not only nationally and regionally but also locally. There is much more work to be done to change this proposal into reality, but our goal is for 1500 active member groups meeting and contributing to our Co-op by 2020.
Finally, a plug for members to nominate themselves for either the Main Board as one of the Member Nominated Directors or the National Council.  Nominations are now open. If you are interested, please click here.
Thanks for reading
Michael