Hello. Thanks for visiting my blog.  This is my way of keeping members in the South West informed of the proceedings of the Co-op National Council. 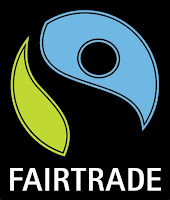 The Council met in Manchester on  Saturday 26th January. On the Friday evening before Council, I attended a talk by Brad Hill on the success of Fairtrade.  Brad was the Co-ops manager in charge of Fairtrade for over 20 years, until his retirement last year.

He described the highs and lows of the Co-ops involvement with Fairtrade. I am glad to say that it was mainly highs and the Co-op is still the leading retailer for Fairtrade products in the country. Brad not only highlighted the achievements of the Co-op but also framed it in personal terms.  He talked of the lives transformed in developing countries and how buying Fairtrade products lifted people out of poverty.  It was an inspiring talk and it reaffirmed the need for the Co-op to constantly promote new Fairtrade products and to find new ways of promoting our existing ones.  Click here to find out more

We aim to expand the number of stores we own by a combination of new builds and acquisitions.  Over the past few years we have opened over 100 new stores per year and this remains our goal., Our acquisition of Nisa and the supply arrangements with Costcutter means that there are a further 6000 stores that have access to Co-op own brand products. We are transforming our logistics to ensure better availability and lower costs.  These cost reductions not only benefit the Group but all our members in the Federal Retail Trading Group.

We are experimenting with new ways to deliver to our members from robots in Milton Keynes to taxis in Wales.  We want to explore new franchising schemes where by independent stores can become co-op stores, driving sales to our wholesale business, thus reducing prices for all our stores, whilst ensuring members continue to benefit from our membership package.

We are working hard to ensure that we deliver major improvements in ranging, availability, stocking holding and waste. This will ensure each store is uniquely set up to cater for its member’s needs.
This is quiet a large task and if we successfully execute these plans, then we will be on track to be the number one in the convenience market by a long way.

The second major session of the day was on the topic of Insurance and specifically the Boards decision to sell the underwriting arm of the Co-operative Insurance.   Co-op Insurance sells insurance products on behalf of other underwriters under the Co-op brand and underwrites a number of policies itself, which it also sells.  The agreement is to sell the underwriting businesses and then to continue to sell insurance these  products under the Co-op brand.  I like to think if it in terms of baked beans.  Co-op sell co-op beans but we do not make them.  They are made by a private company to our specification and ethical standards.  The same applies going forward with Insurance, We will no longer make our own insurance policies but sell policies and receive commission from each sale. The benefit to the Co-op is that we no longer must carry substantial capital reserves in order to cover unexpected losses.  This capital can be reinvested into the wider group.

There were concerns that the company who were buying from us were based in Gibraltar.  Whilst Markerstudy is a UK company, its holding company is based in Gibraltar.  Mark Summerfield the CEO explained that following EU capital requirement regulations many Insurance companies based themselves in Gibraltar, he said that nearly half of the motor polices in the UK were sold by underwriters based there.  It was not a tax dodge but a capital issue.

The final session saw Mark Robinson-Field tell us of the success of the Join In programme that seeks members views on a wide range of commercial issues.  He highlighted member involvement in policy issues and commercial issues such as Gin, Beer and Pizza.  If you would like to sign up for join in events click here.

Finally, members agreed not to hold one formal half yearly members meeting, but to hold 24 regional events and some more local events, so that members can be updated about the co-op later on in the year. These will be held in September and October, so look out of them.